By Helena Byrne, Curator of Web Archives, The British Library 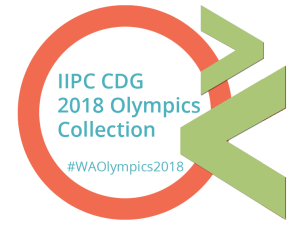 The IIPC Content Development Group (CDG) has been busy archiving the events of the 2018 Winter Olympics in Pyeongchang, South Korea since the start of February 2018. The IIPC CDG has been building web archive collections on the Olympic and the Paralympic Games since 2010. The IIPC has members in more than 30 countries but there are over 100 countries competing in the Games and we need your help to ensure that these countries are represented in the collection.

So far there have been over 1,360 nominations from at least 28 countries around the world. As you can see from the map of the world, there is a high concentration from Europe as many IIPC members are based there. However, as you zoom in on the map of European nominations, there are still many gaps.

This is your chance to get involved in the collection phase by nominating online content that you are reading, using for research or simply know the language from that country. We are trying to get as many pins on the map from around the world as possible. Nevertheless, some of the pins already there may just have one website nomination so far. Even if you see a pin on your country or another country where you speak the language, we still want your nominations.

Just to remind you, what we want to collect:
Public platforms in various formats such as:

The subjects covered on these sites can include but is not limited to:

How to get involved:
Once you have selected the web pages you would like to see in the collection, it only takes less than 5 minutes to fill in the submission form.

The call for nominations will close on the 20th of March 2018.

For more information and updates you can contact the IIPC CDG team via email (2018-winter-olympics [at] iipc.simplelists .com) or follow the collection hashtag #WAOlympics2018